Khwaja Ahmad Abbas (June 7, 1914 – June 1, 1987) was an Indian film director and producer, novelist, screenwriter, journalist, short story writer and playwright. In a career spanning over half a century, Abbas emerged on the Indian and global scene as a communicator of great repute. In the 73 years that he lived, he wrote more than 74 books. Besides numerous short stories, he also wrote several plays and stories for the film industry. As a journalist, he produced the longest-running column in the Indian history of journalism and shifted with effortless ease between his writings for newspapers, journals, and scripts for the Bombay film industry. His work flows in three languages- Urdu, Hindi and English.

Abbas was a compulsive communicator. He used every medium at his command- be it newspaper columns, books, cinema; to transmit his message. As a writer, he consciously depicted the tales of ordinary people who accomplished heroic deeds simply by virtue of their undaunted spirit and sheer will to survive. His works and his ethos remain even more relevant in the India of today. 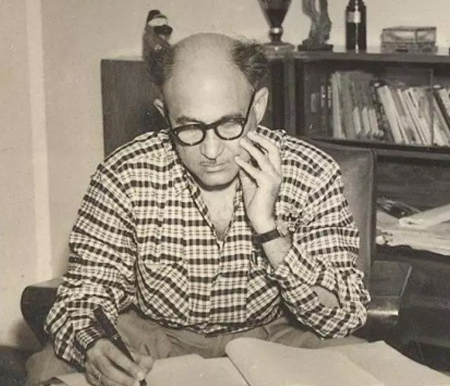